In Defense of Homeopathy 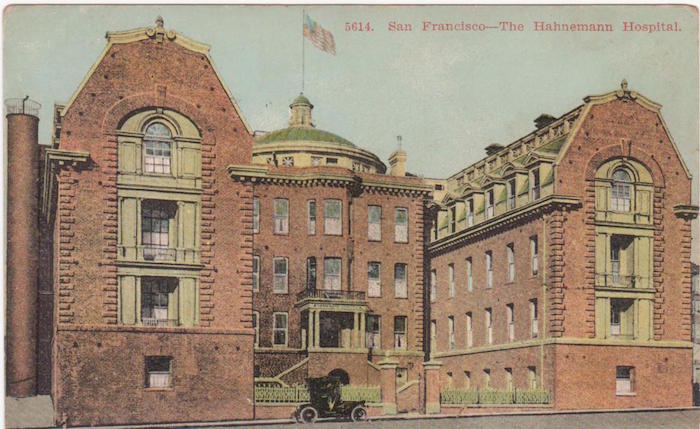 Homeopathy is here to stay.  Despite relentless criticism from skeptics and fundamentalists, homeopathy has withstood the test of time.

“…and this little piggy cried, woo woo woo, all the way home.”

Since its inception over 200 years ago, homeopathy has been the target of almost constant antipathy from the prevailing school of orthodox medicine. Given so much organized resistance from the mainstream, one would think that if homeopathy were much ado about nothing it would not have endured. It would have withered on the vine a long time ago. And yet it has persisted. No, it thrives—all across the globe—for a number of very good reasons.

When a German physician named Samuel Hahnemann discovered that a miniscule dose of a medicinal substance designed to mimic the symptom pattern of a sick person could paradoxically provoke a healing response in that same person, a medical revolution was set in motion. Dr. Hahnemann referred to this surprising phenomenon as the law of similars. As opposed to the conventional medical approach, which uses opposites to combat symptoms (antidepressants, anti-inflammatories, antihistamines, anticonvulsants, etc.), homeopathy represents a different approach to healing, one that uses “likes to cure likes.”

The standard treatment for a bee sting or a case of poison ivy might involve the use of anantihistamine to suppress the inflammatory swelling, redness, and itching. A homeopathic practitioner, on the other hand, might recommend a highly diluted dose of a medicine made from the honeybee in the former case, and a similar dose of a medicine made from the poison ivy plant in the latter. It’s a little bit like the use of anti-venoms to treat snakebites, only the doses used in homeopathy are much smaller.

The homeopathic principle of similars can be used to treat not just physical illness, but also mental and emotional issues. For example, in my own practice I have used homeopathic doses of a plant called Stramonium to successfully help hundreds of children who had suffered from nightmares, were afraid of the dark, and were unwilling to be alone at night. IngestingStramonium in its crude form can induce a type of delirium characterized by severe agitation and a tremendous state of fear. In its homeopathically diluted form, it is the antidote to similar states of fear and agitation. It can be a lifesaver for these kids and their families.

In its heyday in the latter half of the nineteenth century, there were more than 100 homeopathic hospitals in the United States, 22 homeopathic medical schools, 700 homeopathic physicians in New York State, and thousands more across the country. Homeopathy in the U.S. experienced a decline in the early 1900s, largely due to increased regulatory pressure from orthodox medicine. The same lack of vision regarding the future of health care is not necessarily true of other countries. Today, there are well over 200,000 homeopathic practitioners in India alone. Is it possible that so many doctors and patients could be wrong about a medical therapy that they rely upon for their own personal health and well-being? I think not.

In spite of the remarkable growth of homeopathy and the testimony of millions of satisfied patients who swear by its effectiveness, critics insist upon spreading a number of unsubstantiated falsehoods regarding this unique healing modality. The worst offenders are the ones who call themselves scientific “skeptics.” Although they claim to speak for science, their willful refusal to consider the facts exposes them as anti-scientific defenders of scientistic dogma. Their pathological disbelief in all things holistic and unconventional is a violation of the open-minded spirit of genuine scientific inquiry.

Let me be clear; for those who seek to discredit homeopathy purely out of bias there should be no obligation on the part of homeopathy to defend itself. It is a waste of energy to quarrel with a relatively small band of medical fundamentalists who wish to argue their case using disingenuous tactics. The truth of homeopathy stands on its own merit for any open-minded individual to examine for him or herself.

Nevertheless, I will venture to answer skeptic’s criticisms for the benefit of innocent bystanders, many of whom are puzzled by the Salem Witch Trial-like atmosphere that surrounds homeopathy. Let’s examine these objections to homeopathy one by one and see how they stand up to scrutiny.

Objection 1. The principle of similars is not logical. It does not make scientific sense.

Some object to homeopathy on the grounds that treating an illness with a substance that can cause symptoms similar to that illness just doesn’t make sense. They fail to grasp that this is essentially the same idea behind many allopathic therapies including allergy shots and vaccines. The same principle applies to stimulant drugs used to treat hyperactive children. Amphetamine analogs like Ritalin and Adderall are known to have a paradoxical calming effect on the nervous systems of children with ADHD. The difference is that while these conventional treatments involve crude and potentially toxic doses that are administered uniformly to all individuals, homeopathy tailors its treatment to each individual with doses that are far smaller and, therefore, far safer.

Skeptics tend to dismiss homeopathy due to its so-called “implausibility.” This is a fancy way of saying that, given our current understanding of biology, it is not plausible to assign a cause-and-effect relationship between homeopathic doses and their observed effects. This is really just a tautological argument—a bogus use of logic—employed by skeptics to deny the validity of a phenomenon that medical science cannot explain in conventional medical terms. In essence, the claim is that, since homeopathy cannot be explained, it therefore cannot be possible. If we were to adopt this attitude toward all new unexplained medical phenomena, then medicine would remain forever static and impervious to change. The implausibility argument amounts to nothing more than a ridiculous self-fulfilling defense of conventional medical dogma.

Objection 2. Homeopathic doses are too small to have any effect. They are nothing more than placebos.

Homeopathy-hating skeptics love to mockingly claim that homeopathic medicines are nothing but water. After all, they surmise, if these medicines are diluted to the extent that homeopaths claim, then they must be devoid of all medicinal properties. Any observed effects are assumed, therefore, to be placebo effects.

Now, this might be true if homeopathic medicines were just another class of conventional drugs. Drugs are pharmaceutical grade chemicals that act on a biochemical level to alter or arrest physiologic processes. Although homeopathic remedies are regulated by the FDA as if they are drugs, no homeopath believes that they act in the same manner as conventional drugs.

Unlike drugs, which must often be taken on a regular basis to maintain their suppressive effects, homeopathic remedies act as bioenergetic catalysts designed to provoke a healing response from the life force. Dr. Hahnemann, himself, attributed all genuine healing to the innate wisdom of the “vital force.” Homeopathy is based upon a stimulus-response model of treatment. An effective prescription acts as a stimulus that initiates a self-healing reaction from the bioenergetic field of the human organism. Once a healing response has begun, there is no need to repeat the stimulus unless its effect begins to wear off.

Although analysis reveals the presence of material nanoparticles in homeopathic medicines, their impact on the life force is a bioenergetic one, not a material one. The bioenergetic strength of a remedy is not something that can be measured in quantitative terms. It is an energetic property that is gauged by the intensity, depth, and duration of effect that it has upon the living organism. As an energetic phenomenon, the mechanism of action of homeopathy is best studied by medical professionals with backgrounds in physics.

Chemical drugs have a reputation for the side effects that they can produce. As chemicals, their sphere of action and the extent to which they can influence biological systems is limited. Homeopathic remedies, on the other hand, can have a powerful and far-reaching energetic effect on the entire system. Those who insist that homeopathic medicines are placebos because there is “nothing there” make the mistake of applying a biochemical model to a bioenergetic therapy. They simply do not know what they are taking about. 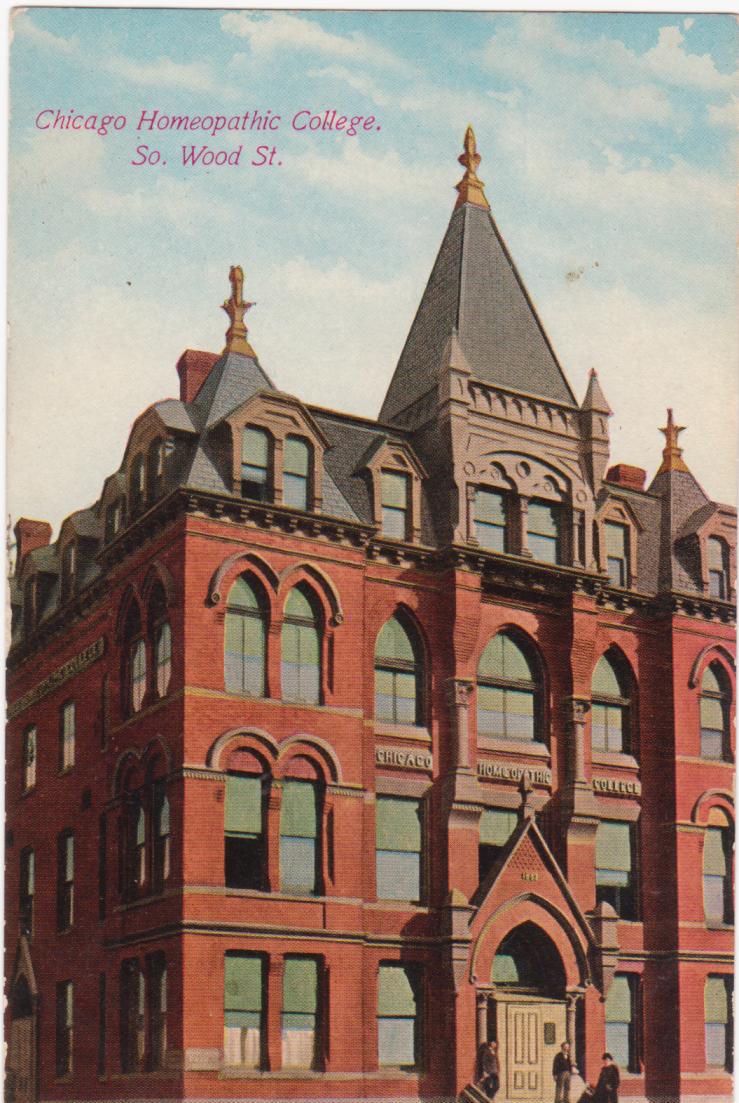 Objection 3. Homeopathy is not scientific.

It’s not hard to see how someone who thinks that all medicinal agents must act on a biochemical basis, according to the tenets of mechanistic medicine, would automatically assume that homeopathy is unscientific. But this would be a naïve conclusion based on lack of information. When critics who have already made up their minds hear that homeopathy is really a form of energy medicine, their eyes start to glaze over and they begin to chant that familiar mantra, “woo woo, woo woo.”

The great irony is that most diagnostic imaging is energy-based. MRIs, CT scans, ultrasound testing, and thermography all involve energetics. They are made possible thanks to physics. I don’t hear critics crying, woo woo, over MRIs and CT scans. Even a treatment like radioactive iodine therapy, used to destroy the thyroid gland in cases of hyperthyroidism, is an energetic intervention. While radioactive iodine is an example of the destructive use of energy, homeopathy represents the cutting edge of the constructive use of bioenergetics designed to improve health and promote healing. Those who claim that homeopathy is unscientific because it is based upon bioenergetic principles demonstrate their lack of scientific understanding.