The Power of Words – Cancer Scientists are Beginning to “Get It”! 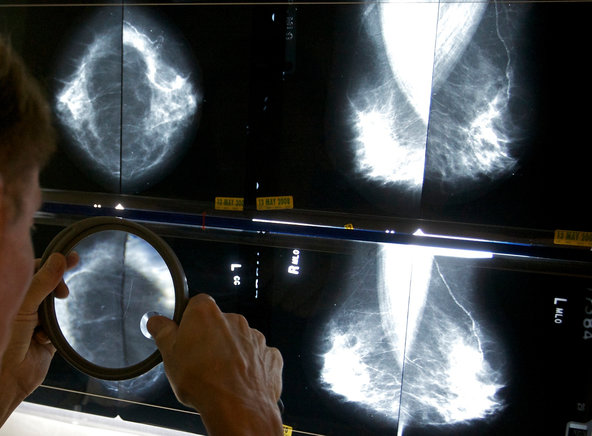 Damian Dovarganes/Associated PressThe panel said that some premalignant conditions found in mammograms should not be identified as “carcinoma.”

A group of experts advising the nation’s premier cancer research institution has recommended changing the definition of cancer and eliminating the word from some common diagnoses as part of sweeping changes in the nation’s approach to cancer detection and treatment.

The recommendations, from a working group of the National Cancer Institute, were published on Monday in The Journal of the American Medical Association. They say, for instance, that some premalignant conditions, like one that affects the breast called ductal carcinoma in situ, which many doctors agree is not cancer, should be renamed to exclude the word carcinoma so that patients are less frightened and less likely to seek what may be unneeded and potentially harmful treatments that can include the surgical removal of the breast.

The group, which includes some of the top scientists in cancer research, also suggested that many lesions detected during breast, prostate, thyroid, lung and other cancer screenings should not be called cancer at all but should instead be reclassified as IDLE conditions, which stands for “indolent lesions of epithelial origin.”

While it is clear that some or all of the changes may not happen for years, if it all, and that some cancer experts will profoundly disagree with the group’s views, the report from such a prominent group of scientists who have the backing of the National Cancer Institute brings the discussion to a higher level and will most likely change the national conversation about cancer, its definition, its treatment and future research.

The impetus behind the call for change is a growing concern among doctors, scientists and patient advocates that hundreds of thousands of men and women are undergoing needless and sometimes disfiguring and harmful treatments for premalignant and cancerous lesions that are so slow growing they are unlikely to ever cause harm.

The advent of highly sensitive screening technology in recent years has increased the likelihood of finding these so-called incidentalomas — the name given to incidental findings detected during medical scans that most likely would never cause a problem. However, once doctors and patients are aware a lesion exists, they typically feel compelled to biopsy, treat and remove it, often at great physical and psychological pain and risk to the patient. The issue is often referred to as overdiagnosis, and the resulting unnecessary procedures to which patients are subjected are called overtreatment.

Cancer researchers warned about the risk of overdiagnosis and overtreatment as a result of new recommendations from a government panel that heavy smokers be given an annual CT scan. While the policy change, announced on Monday but not yet made final, has the potential to save 20,000 lives a year, some doctors warned about the cumulative radiation risk of repeat scans as well as worries that broader use of the scans will lead to more risky and invasive medical procedures.

Officials at the National Cancer Institute say overdiagnosis is a major public health concern and a priority of the agency. “We’re still having trouble convincing people that the things that get found as a consequence of mammography and P.S.A. testing and other screening devices are not always malignancies in the classical sense that will kill you,” said Dr. Harold E. Varmus, the Nobel Prize-winning director of the National Cancer Institute. “Just as the general public is catching up to this idea, there are scientists who are catching up, too.” 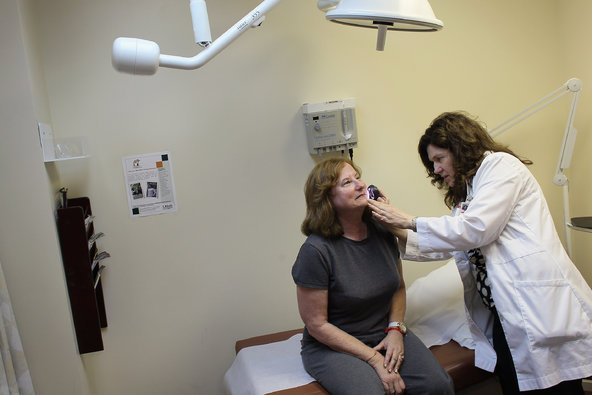 Joe Raedle/Getty ImagesAn expert panel says lesions found in some cancer screenings should not be called cancer but should instead be reclassified.

One way to address the issue is to change the language used to describe lesions found through screening, said Dr. Laura J. Esserman, the lead author of the report in The Journal of the American Medical Association and the director of the Carol Franc Buck Breast Care Center at the University of California, San Francisco. In the report, Dr. Esserman and her colleagues said they would like to see a multidisciplinary panel convened to address the issue, led by pathologists, with input from surgeons, oncologists and radiologists, among others.

“Ductal carcinoma in situ is not cancer, so why are we calling it cancer?” said Dr. Esserman, who is a professor of surgery and radiology at the University of California, San Francisco.

Such proposals will not be universally embraced. Dr. Larry Norton, the medical director of the Evelyn H. Lauder Breast Center at Memorial Sloan-Kettering Cancer Center, said the larger problem is that doctors cannot tell patients with certainty which cancers will not progress and which cancers will kill them, and changing terminology does not solve that problem.

“Which cases of D.C.I.S. will turn into an aggressive cancer and which ones won’t?” he said, referring to ductal carcinoma in situ. “I wish we knew that. We don’t have very accurate ways of looking at tissue and looking at tumors under the microscope and knowing with great certainty that it is a slow-growing cancer.”

Dr. Norton, who was not part of the report, agreed that doctors do need to focus on better communication with patients about precancerous and cancerous conditions. He said he often tells patients that even though ductal carcinoma in situ may look like cancer, it will not necessarily act like cancer — just as someone who is “dressed like a criminal” is not actually a criminal until that person breaks the law.

“The terminology is just a descriptive term, and there’s no question that has to be explained,” Dr. Norton said. “But you can’t go back and change hundreds of years of literature by suddenly changing terminology.”

But proponents of downgrading cancerous conditions with a simple name change say there is precedent for doing so. The report’s authors note that in 1998, the World Health Organization changed the name of an early-stage urinary tract tumor, removing the word “carcinoma” and calling it “papillary urothelial neoplasia of low malignant potential.” When a common Pap smear finding called “cervical intraepithelial neoplasia” was reclassified as a low-grade lesion rather than a malignancy, women were more willing to submit to observation rather than demanding treatment, Dr. Esserman said.

“Changing the language we use to diagnose various lesions is essential to give patients confidence that they don’t have to aggressively treat every finding in a scan,” she said. “The problem for the public is you hear the word cancer, and you think you will die unless you get treated. We should reserve this term, ‘cancer,’ for those things that are highly likely to cause a problem.”

The concern, however, is that since doctors do not yet have a clear way to tell the difference between benign or slow-growing tumors and aggressive diseases with many of these conditions, they treat everything as if it might become aggressive. As a result, doctors are finding and treating scores of seemingly precancerous lesions and early-stage cancers — like ductal carcinoma in situ, a condition called Barrett’s esophagus, small thyroid tumors and early prostate cancer.

But even after years of aggressively treating those conditions, there has not been a commensurate reduction in invasive cancer, suggesting that overdiagnosis and overtreatment are occurring on a large scale.

The National Cancer Institute working group also called for a greater focus on research to identify both benign and slow-growing tumors and aggressive diseases, including the creation of patient registries to learn more about lesions that appear unlikely to become cancer.

Some of that research is already under way at the National Cancer Institute. Since becoming director of the institute three years ago, Dr. Varmus has set up a list of “provocative questions” aimed at encouraging scientists to focus on critical areas, including the issue of overdiagnosis and molecular tests to distinguish between slow-growing and aggressive tumors.

Another National Cancer Institute program, the Barrett’s Esophagus Translational Research Network, or Betrnet, is focused on changes in the esophageal lining that for years have been viewed as a precursor to esophageal cancer. Although patients with Barrett’s are regularly screened and sometimes treated by burning off the esophageal lining, data now increasingly suggest that most of the time, Barrett’s is benign and probably does not need to be treated at all. Researchers from various academic centers are now working together and pooling tissue samples to spur research that will determine when Barrett’s is most likely to become cancerous.

“Our investigators are not just looking for ways to detect cancer early, they are thinking about this question of when you find a cancer, what are the factors that might determine how aggressively it will behave,” Dr. Varmus said. “This is a long way from the thinking 20 years ago, when you found a cancer cell and felt you had a tremendous risk of dying.”

A version of this article appeared in print on 07/30/2013, on page A1 of the NewYork edition with the headline: Scientists Urge Narrower Rules to Define Cancer.